Bruce and Dana Matheson launched C&D Logistics® with a goal in mind to offer the best customer service in the 3PL space, which at the time was still quite new. Bruce Matheson had been in the transportation Industry since 1965 and brought a plethora of experience to the table to build off of. Because of the strong carrier relationships that Bruce had built over time, C&D was able to launch with some of the most aggressive rates available in the industry.

C&D officially hits a client base of 200 valued customers.

We complete our 10,000th shipment in July of that year.

C&D moves for the 3rd time in 6 years to accommodate the growing company.

C&D expands its growth, shifting its focus from domestic only operations to encompass all of North America. Since then we’ve forged relationships with over 5,000 US based carriers.

When the great recession hit, C&D was able to continue growth due to a large project in the oil sands that saw almost 250 truckloads move over the course of 6 months.

Social responsibility becomes one of C&D’s core values, and we begin investing in our community through our newly launched program, C&D Cares. C&D Cares is an initiative that we formed and a promise to give 10% of our net profit back into the community.

C&D officially launches a re-brand project to update the image of the company.

C&D Logistics® wins an award from Cargo Logistics Canada for 3pl service provider of the year.

C&D officially begins exclusively moving equipment for the BC Lions. We also handled moves for the Vancouver Canucks, Whitecaps and Giants. Having Professional sports organizations trust us with time sensitive freight is something that we’re extremely proud of as an organization.

C&D Logistics® officially reaches 5000 customers and 100,000 shipments completed. C&D expands its operation on a global scale to 195 agents around the world with a presence in every country.

Our President & CEO Dana Matheson is recognized by business in Vancouver and officially named to the top 40 under 40 list of entrepreneurs. As a company, we have officially sponsored over 250 organizations in the lower mainland of BC and donated over $1,000,000 to date, something that we are extremely proud of!

In the fall of 2018, C&D moved into its new corporate headquarters, which is a beautiful 8000 square foot office space, located in Langley, BC. C&D Logistics officially shattered a record with over 65,000 shipments completed in a single year in fiscal 2018.

C&D Logistics has experienced almost 200% growth in revenue since 2017 and we thank our amazing customers and partners! Your loyalty drives us to constantly strive to be the best, Thank you!

In October of 2020, we moved into a 40,000 Square foot facility in the Campbell heights industrial park in Surrey, BC, which is located 5 minutes from the Pacific Hwy truck crossing and 20 minutes from Hwy 1. With 5 dock level doors and 1-16 ft. grade level door, we have 32,000 square feet of heated warehousing. We can offer short & long-term storage, pick & pack/distribution, container de-stuff and a variety of other services. 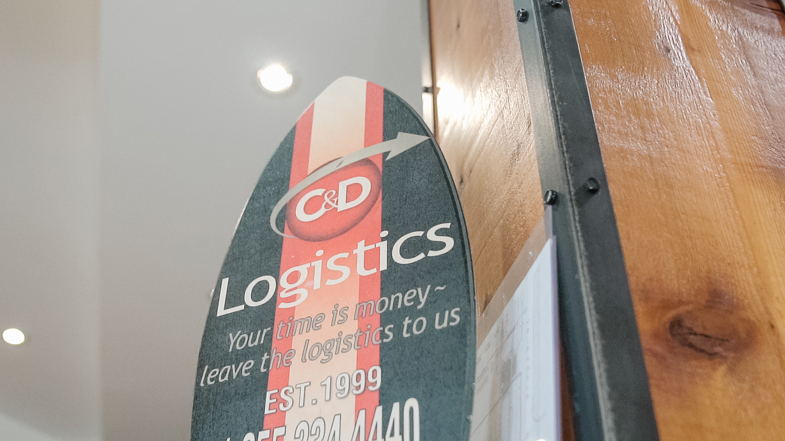 Check our FAQ or better yet, just give us a call! F.A.Q. Contact us

Get a personalized quote within 30 minutes!

Your time is money, leave the logistics to us. Request a Quote Today